Dusk on the C&O Canal at Great Falls. Potomac, MD.

The C&O Canal (short for Chesapeake and Ohio) is seen at dusk along the towpath at Great Falls in Potomac, MD.

The C&O Canal was created in the 1830's in an effort to connect the Ohio River Valley frontier with the East Coast. However, trains were beginning to come onto the scene around the time of construction. Beginning with the B&O Railroad based out of Baltimore, trains could carry much larger cargos than canal boats, travel faster and be constructed far easier than digging and dredging canals. Construction was halted at Cumberland Maryland, 100 miles west of Washington, as the railroad arrived at Pittsburgh, making the canals original purposes obsolete. Nonetheless, the canal was widely used for transportation of raw materials such as coal from mines in West Virginia. The canal fell into disuse by the 20th century, and the National Parks Service purchased the canal in the 1930's. 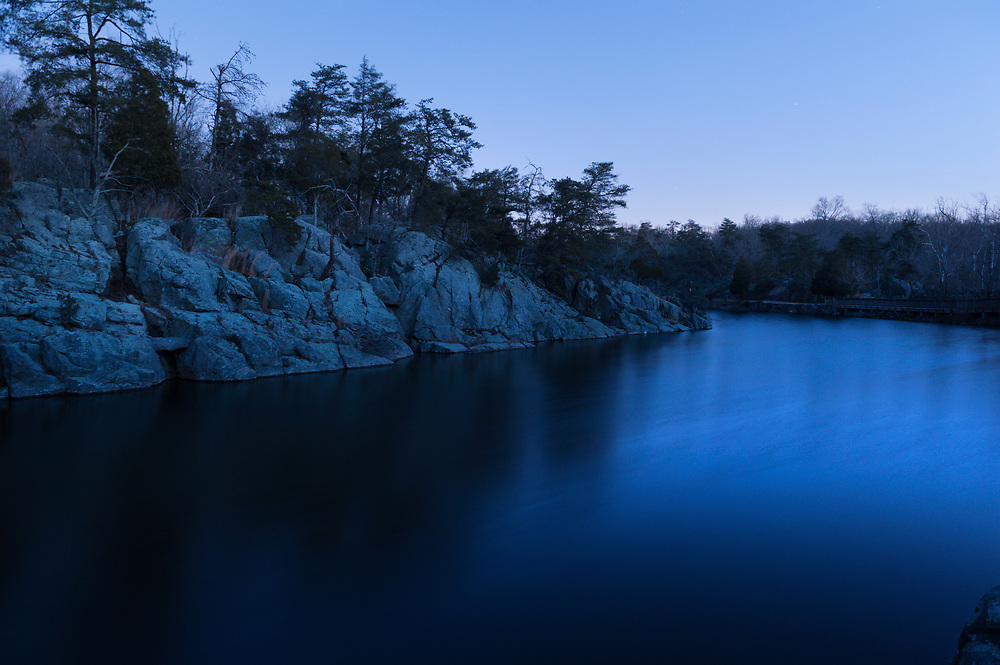