Located 100 miles East of San Diego in the Imperial Valley, The Salton Sea was created in 1905 when the Colorado River and its tributaries flooded. The floodwaters filled the valley basin, creating almost overnight the largest freshwater lake in California. In the 1950's and 60's, real estate developers worked to make Salton City the next Palm Springs/Lake Tahoe, laying entire street and electricity grids, planting trees, stocking the sea with millions of game fish and dredging wharves for speedboats and yachts to accommodate vacationers. However, little attention was paid to the health of the Sea itself.

Chemical laden runoff from the surrounding agriculture of the Valley paired with rising salinity from evaporation poisoned the Salton Sea. By the 1990's fish and birds washed ashore in die offs numbering in the millions, creating a permanently foul stench in the air. Salton City, and the surrounding communities were largely abandoned to the elements. Much of the infrastructure still remains, with streets leading no where, docks over dry land and houses encrusted in salt. 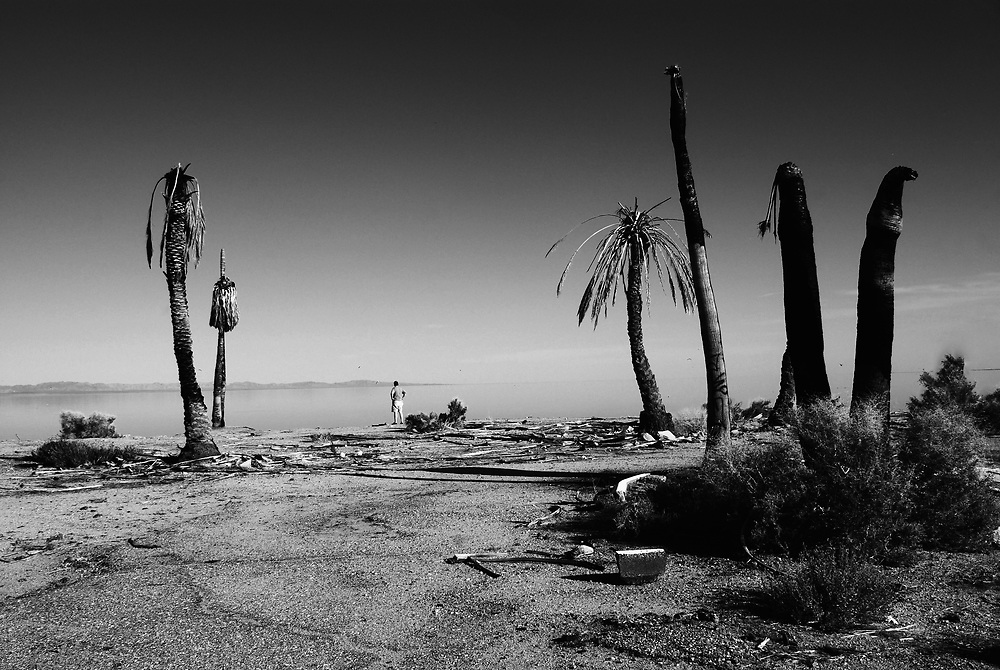